A meme is a picture with a caption that is normally something humorous and is shared around social networks. Memes are used in many cases to gain social shares, likes and generally social network attention. Memes can be fun or just plain annoying, especially if you have a family member or friend who enjoys posting them for what it seems, every hour on Facebook or Twitter. People begin to share and like the post, you end up viewing the same meme 20 times a day on other peoples updates on the main wall. Memes can also bring social traffic to your fan pages and social accounts with minimal effort.
For many years, you would need to use software such as Photoshop or the very basic Windows Paint to put a caption onto a picture, save it and upload it to your network, however nowadays you can do this easily online and share your meme creation directly with the push of a button.
Below are 4 websites that allow you to create and share a meme without registration, easily and free.

Online Meme Maker, as the name tells us, is a website that allows you to make a meme online, just like all of the ones we have chosen on this page. It is relatively new to the meme generators but has all of the features needed to create a meme using the hundreds of inbuilt templates or from scratch by uploading your own template. We have chosen this meme generator as our number one because it allows you to create your meme within just a couple of clicks and has a very large database of templates.

Imgur is a long established image site that has an inbuilt meme generator called “Memegen”. Memegen is very popular with Reddit users as it makes it very easy to share meme creations with the embed codes automatically generated after creating your meme. When you visit Memegen, it is not completely obvious where you navigate to create your meme, you must select “Make A Meme” from the down arrow next to the “upload images” button to start. Imgur is well worth the visit because it has a large community base, all sharing images and meme creations.

Imgflip is another image community with a meme generator built within that not only allows the adding of captures but also the ability to change font, size and color. With an abundance of free templates, the option of uploading your own and the “Hot memes right now” boxes, Imgflip is one of the best meme generators which it is why we have put it in our list.

Meme Dad has many options for creating the best memes online, including animated memes. You can choose from thousands of memes or upload your own background. Advanced options include font type, size and color and Meme Dad allows the easiest way to share your creations on Reddit.

If you want to create a meme, look no further than the websites above, all of them are free and do not require registration so you can create as many memes as you wish for right now. If you are looking for a viral idea, all of the sites have some fantastic examples to get you started. 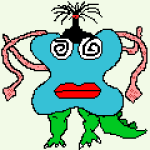