Today, July 4th we celebrate the Independence Day of America, to commemorate the independence of Great Britain, approved by The Second Continental Congress in 1776 (July 2nd to be exacts).

It was the Declaration of independence what took two days for founder fathers to write, discuss and approve, and is the date of the issue of this declaration which has survived and become a traditional celebration day for all Americans around the world. As a curiosity for the history records, the destiny wanted that both Thomas Jefferson and John Adams (both signers of the declaration AND presidents of USA) would day on the same July 4th in 1826, which curiously coincided also with the fiftieth anniversary of the signal of the Declaration of Independence.

The Independence Day is a federal celebration day so most of government agencies close this day, it is also an excellent opportunity to celebrate outdoors with hotdogs, family, barbeque and of course a good provision of fireworks!

This has been a short post which will be enhanced in the future, we wanted above all to wish a Great July 4th to all of you!!

The man who’s not afraid of truth shall not be afraid of lies.

The just freedom means to act according our will, being our rights only limited by the rights of the others

The art of life is the art of avoid pain

If you only try to comply with your duty, the humanity will believe you when you fail

It’s not the riches or the splendor, but serenity and work which provides happiness

United we stand, divided we fall

America, the land of the brave! 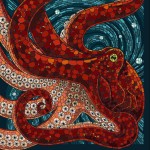